Born in 1977 in Durrës, Albania, Ylli graduated with honors in Biological Sciences at the University of Milan in 2002.

In 2008 obtained his PhD in Marco Foiani’s lab in IFOM where he studied the molecular mechanisms that deal with DNA double strand breaks during replication. In his PhD studies he uncovered an unanticipated role for the ATM/Mre11 pathway in stabilizing terminal forks and showed that dormant DNA replication origins become active in the presence of a DSB nearby.

In 2009 he moved to New York for post-doctoral studies in Titia de Lange’s laboratory at the Rockefeller University. There, he focused on the mechanisms that protect chromosome ends from the DNA damage response. Electron microscopy analysis of telomeric DNA had shown that telomeres formed a lariat structures named t-loops that were proposed to protect chromosome ends from the DSB response. He developed a chromatin spreading technique for the imaging of telomeric structures in fluorescence microscopy and, in collaboration with Xiaowei Zhuang’s lab in Harvard, was able to visualize t-loop structures in super-resolution fluorescence microscopy and to show that TRF2, a shelterin component required for chromosome end protection was also responsible for t-loop formation. 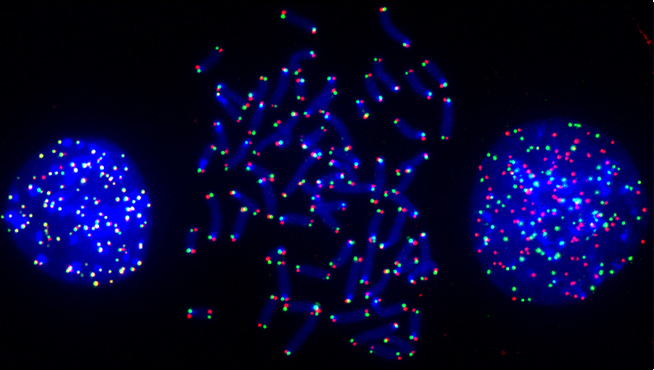