Recent observations have implicated ATR in coordinating DNA replication and transcription: When forks approach transcribed genes, the Mec1/ATR pathway phosphorylates key nucleoporins to detach transcribed chromatin from the nuclear envelope (Bermejo et al., 2011), thus preventing the accumulation of topological constrains which would result in fork aberrations (Bermejo et al., 2011). The mechanisms causing Mec1/ATR activation when forks approach transcribed genes are unknown. The association between chromatin and the nuclear envelope can impose topological impediments not only during chromosome replication but also during chromatin condensation (Bermejo et al., 2012a). In mammals, several chromatin regions physically interact with the lamins, in the inner side of the nuclear envelope, which is also physically connected with the cytoskeleton in the outer side (Martins et al., 2012). The nuclear envelope also represents a hub for heterochromatin and late replicating chromosomal domains (Comings, 1980; Dimitrova and Gilbert, 1999; Mekhail and Moazed; Shevelyov and Nurminsky, 2012; Towbin et al., 2009). ATR, ATM and the TOR kinases, are characterized by the presence of HEAT repeats (Perry and Kleckner, 2003) that can behave as elastic connectors, thus representing ideal structures to transduce mechanical signals (Grinthal et al.).

The Foiani's laboratory recently found (Kumar et al., 2014) that human ATR associates with the nuclear envelope during S phase and prophase and both osmotic stress and mechanical stretching relocalize ATR to nuclear membranes throughout the cell cycle. The ATR-mediated mechanical response occurs within the range of physiological forces, is reversible, and is independent of DNA damage signaling. Moreover, ATR-defective cells exhibit aberrant chromatin condensation and nuclear envelope breakdown. Altogether these observations prompted us to suggest that the ATR-mediated response to mechanical stress enables cells to cope with the mechanical strain imposed by topological transitions through the modulation of nuclear envelope plasticity and chromatin association to the nuclear envelope. Our working hypothesis is that ATR, possibly with mTOR and ATM, is part of an integrated mechanical response to membrane stress, that has a more general role in coupling plasma membrane signaling with nuclear events and modulates cell and nuclear plasticity. Another cross talk between the Mec1/ATR pathway and TOR can be also inferred by our observations that the Mec1 response is influenced by autophagy, that is regulated by Tor1 (Robert et al.).

ATM protects terminal fork integrity. We found that ATM/Tel1 and Mre11 counteract fork reversal at replication forks encountering double strand breaks (terminal forks), thus leading to the formation of highly recombinogenic cruciform DNA intermediates at chromosome ends (Doksani et al., 2009). This finding implies that ATM/Tel1 has a similar function when forks encounter short telomeres. Interestingly, we previously found that also ATR/Mec1 prevents fork reversal but in a different context, at stalled forks (Lopes et al., 2001; Sogo et al., 2002). Our working hypothesis is that ATR and ATM, which seem specialized in dealing with the presence of single stranded DNA or DNA breaks, respectively, might be both influenced by the accumulation of topological forces. Accordingly, in vitro studies by the Cozzarelli's laboratory have demonstrated that fork reversal can result from the accumulation of positive supercoiling (Postow et al., 2001).

DSBs triggers origin firing. We also found that the formation of a double strand break, close to a dormant origin triggers origin firing (Doksani et al., 2009). This finding might have relevant implications for subtelomeric origins of replication, which are usually dormant. These origins might represent a sort of reservoir for replicating short telomerers.

Replication risk zones and chromosome fragility. One of the most challenging task of the cells is to deal with the topological complexity of replication forks encountering transcription units or colliding with other forks at termination. We found that the integrity of genes transcribed in S phase requires the coordinated action of DNA topoisomerase II (Bermejo et al., 2009) and Senataxin (Alzu et al., 2012) (in collaboration with dr. G.Liberi (IFOM, CNR, Pavia)). Failures in coordinating replication with transcription lead to chromosome fragility and accumulation of RNA-DNA hybrids that are also recombinogenic (Alzu et al., 2012; Bermejo et al., 2009; Bermejo et al., 2012b). We also studied the factors that facilitate replication termination. We identified genomic locations where replication termination occurs (TER zones) and found that fork collision is mediated by the coordinated action of DNA topoisomerase II and the DNA helicase Rrm3 (Fachinetti et al., 2010). TER zones are characterized by the presence of transcribed elements and/or centromeres and some of them have been later classified as fragile sites by the Petes's laboratory (Song et al., 2014).

The nuclear envelope as an elastic scaffold implicated in mechano-transduction pathways. Certain chromatin regions associate with the nuclear envelope, thus generating physical impediments for chromosome replication and condensation (Bermejo et al., 2012a). We found that ATR plays a pivotal role in controlling the chromatin association with the NE in S phase and in prophase. In particular, during replication, ATR detaches transcribed genes from the NE to allow their replication (Bermejo et al., 2011). This process is achieved by ATR-mediated phosphorylation of key nucleoporins and prevents the accumulation of topological constrains at regions where forks encounter transcribed genes gated to the NE. Failures to detach transcribed genes from the NE, cause replication fork collapse and fork reversal (Bermejo et al., 2011). More recently we found that ATR is part of a mechano-transduction pathway that is mediated by the NE in response to topological stress in S phase or in prophase (Kumar et al., 2014). In particular, ATR relocalizes at the NE in response to mechanical stress generated by topological constrains or mechanical insults and modulates the association of chromatin with the NE. Intriguingly, this response is also mediated by mechanical stress at the level of plasma membrane (Kumar et al., 2014).

An acetylation-dependent mechanisms coupling the ATR response with autophagy. We found that the ATR response is influenced by protein acetylation. In particular, key factors mediating the step leading to ATR activation in response to DNA damage are modulated by acetylation and their turnover depends on certain autophagy pathways (Robert et al.). This finding contributed to connect non-nuclear regulatory circuits to the ATR-dependent DNA damage response.

The mechanisms controlling the integrity of replicating chromosomes.

We will continue to study the Mec1/ATR-dependent phosphorylation events that counteract aberrant chromosome transitions at replication forks undergoing pausing. We will also characterize the mechanisms and factors mediating replication fork progression across transcribed chromatin and replication fork collision at TERs. Moreover, we aim at addressing whether replication by template switching is an option under physiological conditions.

The characterization of the mechanical response mediated by ATR.

Our working hypothesis is that ATR has a general role in mediating a mechanical response to membrane stress that couples plasma membrane signaling with nuclear events and modulates cell and nuclear plasticity. We will explore whether ATR mechano-activation may directly control nuclear-cytoskeletal force transmission required to alter nuclear positioning and/or rigidity during cell migration. In particular we aim at addressing how a mechanical stress can propagate from the extracellular matrix through the cytoskeleton, across the nuclear envelope, and into the chromatin, thus changing gene expression, and, in the other way around, how nuclear-restricted mechano-activation may be critical to adapt nuclear positioning and rigidity, thus controlling cell migration modes. Using a set of quantitative measurements of the ATR response to various mechanical stimuli we will also address whether the ATR response recovers and/or adapts to continuous cycles of mechanical stress. We also aim at setting up genomic, genetic, proteomic and metabolomic screens in yeast and mammals to identify and characterize those factors and pathways influencing the ATR-mediated mechanical response to membrane stress. Moreover, we will address whether ATR defective cells are able to squeeze through artificial pores and whether their migration results into aberrant chromatin condensation and/or genome damage.

The connections between the ATR and ATM-mediated DNA damage responses, metabolism and ageing.

As a follow up to our publication showing that the DDR is influenced by autophagy (Robert et al.), we are exploring the contribution of the Tor1 pathways in the ATR and ATM-mediated DNA damage responses, under normal growing conditions and during ageing. We will also address the potential contribution of Mec1 and Tel1 in the control of the metabolic changes that may impact on cell survival to a variety of stress conditions and during ageing. 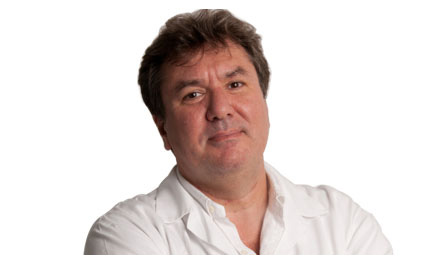