A molecular biologist by training, Marco Foiani heads the genome integrity research lab at IFOM. Marco obtained his Ph.D is molecular and cell biology in 1988 from University of Milan under Prof. Paolo Plevani. After a short stint as a post-doctoral fellow in the lab of Prof. Plevani and G. Lucchini, in 1989, Marco moved to the lab of Dr. Alan Hinnebush at NIH-NICHD, Bethesda in the USA for his post-doctoral studies and remained there till 1991. In 1991, when he was 30 years, he returned to Italy to continue his research as an assistant professor at the University of Milan. With a small research group, he started his independent research career in the field of chromatin dynamics. He became an associate professor and subsequently a professor of molecular biology at the University of Milan in 1995 and 2001 respectively.

Marco was one of first scientists to join IFOM during its early gestational period. Genome integrity research lab started functioning in 2000 with the aim of unraveling the mysteries of cell cycle and various pathways that safeguard genomic integrity and play a role in oncogenesis.

In 2009, Marco became the scientific director of IFOM. As the director, Marco is responsible for the research strategic planning, the development of programs aimed at translating basic research discoveries into practice and for the establishment of national and international co-operation programs and joint ventures. Since 2009, he is also vice-president of CEN, the European Center for Nanomedicine, a multi- and interdisciplinary approach promoted by IFOM and aimed at developing cutting-edge scientific research based on integration of knowledge from different fields such as biomedicine, physics, chemistry, computer science or engineering.

Since 2012 he is the scientific director of COGENTECH, a benefit company owned by IFOM specializing in genetic cancer diagnostics. From 2021 onwards, he also serves as the President of COGENTECH. He has been a member of the editorial board of Cell (2009-2019), and is currently a member of the Academia Europea and EMBO.

Marco’s major contributions are within the fields of chromosome dynamics and genome integrity. His work has contributed to elucidate the ATR and ATM-dependent checkpoint processes controlling the interfaces between DNA replication, recombination, transcription and DNA topology and preventing abnormal chromosome transitions. In recent years, focus of his research has geared more towards the connections between cell metabolism and genome integrity pathways and between chromosome dynamics and mechano-transduction circuits controlling cell and nuclear plasticity. 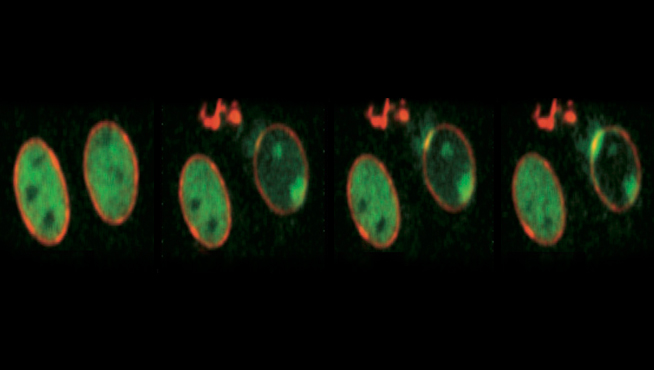