In 1998, he graduated in Medicine and Surgery at the University of Naples Federico II. There he began his journey as a researcher, conducting simple experiments on the biology of DNA repair using cell-extracts derived from the eggs of Xenopus laevis, a frog used as a model organism since the 60s. ?Even without cutting-edge technology, we were able to study fundamental issues in biology: how cells enter the cycle, how they divide and what molecules are involved.". After earning his PhD in Cellular and Molecular Biology and Pathology during the years spent between the University of Naples and the Genetics department of Columbia University, Costanzo did his postdoc in the laboratory of Jean Gautier. There, Costanzo made an extraordinary discovery: a complete cellular response to DNA damage could be reproduced by adding fragments of DNA to extracts of unfertilized oocytes in a test tube. This was the first in vitro system for studying the biochemical functions of the proteins needed to replicate and repair DNA lesions. The discovery received wide coverage in the scientific community, such that between 2003 and 2006 Costanzo published six scientific articles in the most authoritative specialist journals.

In 2004, he moved to Cancer Research UK's Clare Hall Laboratories at the London Research Institute, considered among the most important institutions in the world for research on DNA. Here he was offered the opportunity to start a group to study of genome stability in vertebrates. By combining in vitro biochemistry with imaging techniques like electron microscopy, Costanzo made another seminal discovery. He identified for the first time two new roles for the main repair protein RAD51, which is directly controlled by the BRCA2 protein. Mutations in the BRCA2 gene are associated with Hereditary Breast-Ovarian Cancer Syndrome, and have been implicated recently also in many other tumors. Costanzo?s work showed for the first time that RAD51 is essential to protect nascent DNA from nuclease mediated degradation at normal and stalled replication forks and that it is required to promote continuous DNA replication. These findings have been widely reproduced and expanded by a number of laboratories around the word and have had a significant impact on the field of DNA repair and DNA replication. These observations started an entire new research field aimed at understanding the role of DNA repair proteins in replication fork protection in cancer formation and in the mechanisms involved in the acquisition of resistance to cancer therapy, in which replication fork stabilization by RAD51 plays a central role.

In London, he worked closely with Tim Hunt, recipient of a Nobel Prize in 2001 for cell cycle research, with whom he published important studies on the control of DNA replication. He also collaborated with Tomas Lindalh Nobel Prize recipient in 2015 for his discoveries on DNA repair "My laboratory at Cancer Research UK was between the labs of two Nobel prize recipients who had laid the foundations of what I wanted to study, DNA repair and its links with cell cycle. This was once in a lifetime opportunity and I worked night and day to do well and take advantage of this unique chance.? During this time in London Vincenzo won several awards, including the prestigious Lister Prize for Preventive Medicine and the European Research Council (ERC) grant for junior investigators. Vincenzo was nominated EMBO young investigator in 2006. In 2013, thanks also to the contribution of the Harvard-Armenise Foundantion and the award of a second ERC consolidator grant he returned to Italy and started the DNA Metabolism research program at IFOM. "Here technology and research quality are at the highest level. The international environment and the network of collaborations established with other leading institutions are unique: this connection gives us the opportunity to access powerful technologies and interact with brilliant minds from all over the world." Here in IFOM Vincenzo made other important observations, showing that BRCA2 prevents the occurrence of aberrant replication intermediates and single stranded DNA gaps, playing a major role in DNA replication. Furthermore, his lab was the first to directly visualize DNA loops formed by chromatin, revealing the internal structure of the centromere, and to show that repetitive DNA fails to activate DNA damage signaling. 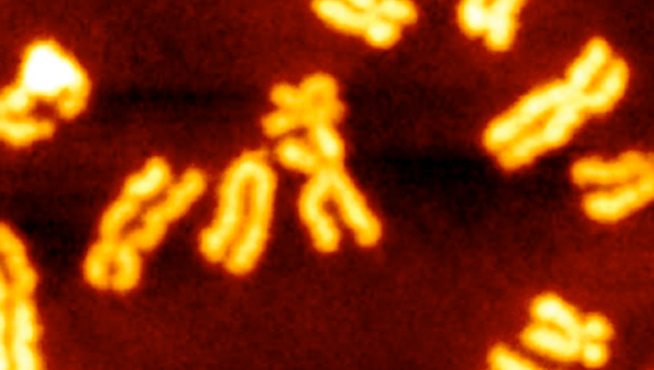 Career development award, the Giovanni Armenise/Harvard Foundation
Vincenzo Costanzo is also Associate Professor at the Department of Oncology and Hematology-Oncology, University of Milan.