A cell biologist and expert on the dynamics of cell movement, Giorgio Scita directs the Mechanisms of Tumor Cell Migration research unit at IFOM.

Born in 1963 near Parma, Scita enrolled in the Faculty of Biology at the University of Parma in 1982 with a precise intention: to study animal behavior alongside the famous Italian ethologist Danilo Mainardi.

However, this was the time of the great explosion of molecular biology: "They began to identify and clone genes, to move from genes to proteins, to study their functions. It was impossible not to be fascinated."

Therefore, Scita focused on the behavior of proteins, graduating in 1986 with a thesis on the biochemistry of the metabolism of one of the most powerful antioxidants that protect cells from damage induced by free radicals: vitamin A.

In 1989, at the same University, he specialized in Chemistry and Food Technology and then left for the United States. There, in the laboratories of the Department of Nutritional Sciences at the University of California at Berkeley, he continued his studies on the effects of vitamin A and its derivatives - particularly beta-carotene and retinoic acid - on cell adhesion

It was becoming increasingly apparent at the time that retinoic acid functions as a powerful molecular signal capable of influencing gene expression. Scita discovered that the cellular response to this signal could be altered following the activation of genes that promote tumor transformation.

To study these issues further, he left California in 1994 for Maryland to work in the Laboratory of Cellular Carcinogenesis and Tumor Promotion at the National Cancer Institute in Bethesda.

Meanwhile, in Milan, Italy a project to create a new organization was taking shape: a Department of Experimental Oncology at the European Institute of Oncology (IEO). Two scientists, in particular, were advocates: Pier Giuseppe Pelicci and Pier Paolo Di Fiore.

Attracted by the idea of studying beside them, Scita returned to Italy in 1995 to work on the staff of Pier Paolo Di Fiore.

In 2001, he left the IEO, accepting the offer by IFOM to develop his own line of research there. He established a new group to investigate how cancer cells acquire mobility, a feature essential for the spread of cancer in the body. This gave rise to the Mechanisms of Tumor Cell Migration research program at IFOM.

In 2006, after five years of significant contributions to the advancement of scientific knowledge, making important discoveries in his field, was confirmed as director of research at IFOM.

In the same year, he became Associate Professor of General Pathology in the Faculty of Medicine at the University of Milan.

He is also associated with various studies that deepen our understanding of the mechanisms by which cells perceive their external environments and transduce signals, in response to which they change their behavior, especially that of migration.

In particular, he was responsible for the discovery that highlighted the fundamental connection between tumor cell mobility and the cellular process of endocytosis, traditionally considered to act in quite different cellular events.

Author of around 100 publications, Scita is among the more productive and cited Italian scientists, he is ERC awardee (2011) and EMBO member since 2014. 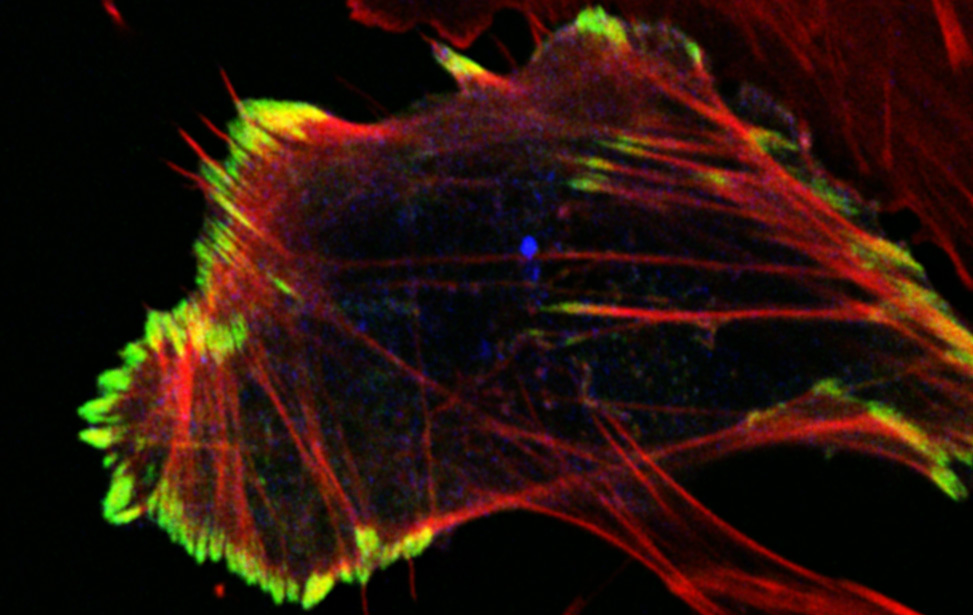