The ability of multicellular tissue to alter their phenotypic and morphological characteristics, known as cellular plasticity, is critical in development, but also frequently exploited in adult life, such as during wound repair or de novo tissue vascularization, or in pathological situations, first and foremost during tumor dissemination1. Individual cellular biochemical wiring and processes as well as cell and supra-cellular physical forces are key determinants of the response of collective entities to various stimuli. However, how the formers impacts on the latters remains largely unexplored.

The molecular mechanisms, cellular and supra-cellular processes and physical properties through which EEC exerts these functions are, however, ill defined. The general objective of this proposal is, therefore, to characterise the impact of critical components of EEC on various aspects of multicellular plasticity and mechanics. In particular, we wish to test the hypothesis that endocytic circuitries by regulating membrane homeostasis and trafficking orchestrate cell-cell communication and the mechanical response of epithelial sheets and lymphocytic clusters during collective locomotion in normal and tumorigenic setting. We will also investigate membrane-actin interface signaling, epitomized by the membrane deforming IRSp53 and the actin regulatory EPS8 proteins, in the endothelial tissue morphogenesis.

Objective 1. What are the cellular and supra-cellular mechanisms through which endocytic networks promote collective migration of (normal and carcinogenic) mammary epithelia? Rationale and supporting evidence:

The expression of key endocytic proteins can robustly enhances collective migration of wounded epithelial sheets and induces multicellular streaming of unwounded, fully-confluent normal and tumorigenic epithelial monolayers without affecting the motility of isolated, individual cells. Thus, endocytosis has profound effects on multicellular, epithelial locomotion. We wish to define the cellular and physical processes, molecular cargos and signaling/trafficking circuitries through which EEC impact on multicellular dynamics. We will address the following specific question:

We have recently shown that membrane trafficking influences individual CLL cell chemotaxis and chemorepulsion as well as cell-cell coordination, intracluster cell motility and multicellular clusters dynamics 4. These results raise also a number of questions that we will address using a combination of physical approaches and advanced imaging analysis.

Membrane deformation and cytoskeletal dynamics are at the heart of endothelial vascular development and angiogenesis, but the molecular players that coordinate these processes are elusive. Bin-Amphiphysin-Rvs (BAR)-domain proteins that sit at the interface between the plasma membrane and the actin cytoskeleton are excellent candidates to play this role5-7. Consistently, we found that loss of one of the member of this family protein in mice leads to partially penetrant mid-gestation lethality due vasculogenic and angiogenic alterations. These alterations are severely worsened by concomitant loss of a well known interactor of the BAR- containing protein and actin regulatory protein providing genetic evidence of the relevance of this interaction in endothelial morphogenesis, albeit the mechanism of their action is elusive. Using a combination of: a) genetically modified mouse (GEM) and zebrafish models; b) primary human and murine endothelial cells (EC); c) mass spectrometry approaches, we will explore how IRSp53 and its interactors affect endothelial morphogenesis with the specific goal to dissect the molecular basis of the membrane::actin interface signaling 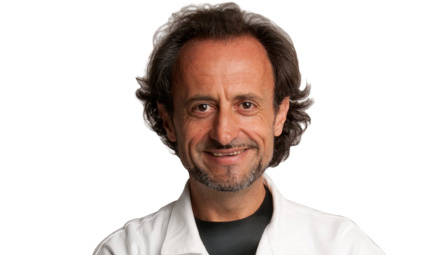