Francesco Ferrari graduated with honors in Medical Biotechnology at the University of Modena in 2004, with a thesis on microarray-based gene expression profiling of melanocytes from melanoma patients. From the beginning of his activity he experienced the need to develop novel informatics tools to answer biological questions using genome-wide data.

During his doctoral studies in Biotechnology and Molecular Medicine he shifted the focus of his research activity to bioinformatics to identify chromatin domains with co-regulated expression, and to characterize their role in myeloid cells differentiation. He obtained his doctoral degree in 2008, working in the laboratory of Sergio Ferrari at the University of Modena and Reggio Emilia.

As a post-doc, he worked with Silvio Bicciato and Stefania Bortoluzzi at the University of Padova, where he extended his previous work to discover co-expressed, co-regulated and co-localized gene modules. The finding that distant genomic regions can share coordinated expression patterns led to the interest in the role of epigenetics modifications and chromatin three-dimensional architecture in regulating genome functionality.

He had the opportunity to explore these topics while working as a post-doc in Peter J. Park group at Harvard Medical School from 2010, where he focused on novel methods for next generation sequencing data in epigenetics and gene expression studies. In particular he studied the genome-wide chromatin architecture rearrangements occurring around a key pluripotency gene (Nanog) during reprogramming of somatic cells to induced pluripotent stem cells. This work identified a pluripotency-specific interactome for Nanog, which is lost upon differentiation, and re-established during reprogramming. These genomic rearrangements precede gene expression changes associated to pluripotency, thus being pivotal for cell identity change.

He also investigated again coordinated regulation of gene expression over large chromatin domains in an extreme case, as it is dosage compensation of sex chromosomes. Epigenetic regulation of transcription is the key to compensate copy number differences between sexes. In Drosophila melanogaster, by using data from several next generation sequencing-based techniques to study transcription dynamics, he was able to prove the key role of enhanced pausing release and transcription elongation to achieve increased chromosome X expression.

In 2015 he joined IFOM as group leader of the computational genomics laboratory. His group is particularly focused on understanding the role of chromatin organization and epigenetics in regulating gene expression, and how these mechanisms are altered in cancer. 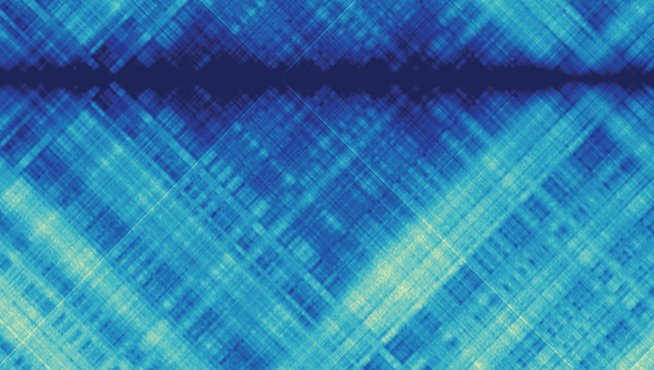 Francesco Ferrari is also a Researcher (Dirigente di Ricerca) at the Institute of Molecular Genetics of the National Research Council (IGM-CNR), Pavia