Alberto Bardelli, a molecular geneticist and expert in the field of personalized therapies, directs the IFOM Genomics of Cancer and Targeted Therapies program at the Institute for Cancer Research and Treatment in Candiolo, near Turin.

After graduation he moved to the Ludwig Institute for Cancer Research in London were he obtained a Ph.D. in Biochemistry and Molecular biology from the University College London (UCL), in 1996.

He returned briefly to Turin to conduct research at the Institute for Cancer Research and Treatment, before moving to the United States in 1999 for a post-doctoral fellowship in the laboratory directed by Bert Vogelstein at the Howard Hughes Medical Institute at the Johns Hopkins University in Baltimore. Here Bardelli began studying the genetics of cancer.

From a molecular point of view, cancer is a genetic disease, i.e., the result of the sequential accumulation of mutations in the genomes of tumor cells, which acquire subversive characteristics and extraordinary proliferative advantages with respect to normal cells.

The complete sequence of the human genome was unveiled while Bardelli was in Baltimore. This landmark scientific achievement and advances in DNA sequencing technologies made another ambitious project possible: deciphering the genomes of tumors to hunt for mutations in cancer genes.

The research that Volgelstein was conducting was heading in this direction and had just started to reveal the genetic profiles of colorectal cancer and tracing the molecular patterns of tumor progression.

Bardelli was involved from the beginning in this ambitious project. One of his most significant publications from that period identified for the first time mutations in kinase genes (the kinome) that are associated with colorectal cancer. Next he discovered mutations in the lipid kinase PIK3CA, the most commonly mutated kinase gene. Kinases act as central regulators of the neoplastic process and are amenable to pharmacological inhibition. Accordinlgly,this and other discoveries, to which the scientist has contributed, have had profound implications for the diagnosis and treatment of the disease.

During his postdoctoral training at the Johns Hopkins, Bardelli published multiple papers in high profile journals such as Nature, Science and PNAS. In 2004 he decided to return to Italy. The opportunity to create a research unit dedicated to the study of tumor genomes and to transfer the findings to clinical practice came in two different centers at once: The Institute for Cancer Research and Treatment in Candiolo and the IFOM in Milan.

The IFOM Genomics of Cancer and Targeted Therapies research program at the Institute for the Cancer Research and Treatment in Candiolo was established through an agreement between these two institutions.

Since 2005 Bardelli has also held an Associate Professorship at the Dept. of Oncology, Medical School, University of Turin.

He has authored more than 140 scientific articles of which 100 as an independent investigator. Discoveries from his group led the development of diagnostic tests, currently in clinical use, which are based on the genetic profiles of individual tumors. These discoveries represent the first example of personalized therapies for colorectal cancer patients, as was recently reported by the Bardelli's laboratory in Nature, JAMA, and Lancet Oncology. 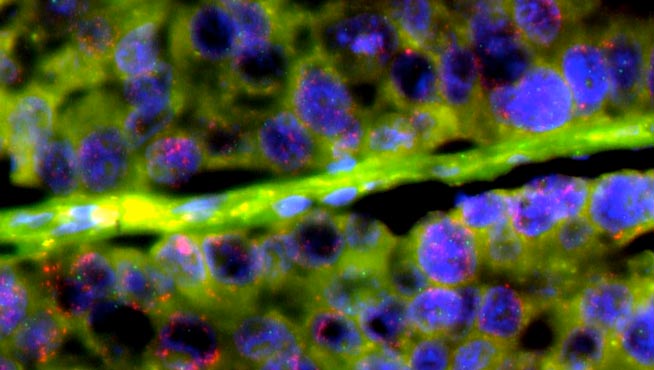 Location
Alberto Bardelli is Director of Laboratory Molecular Genetics at the Institute for Cancer Research and Treatment at Candiolo (Torino) and Full Professor at the Dept. of Oncology, Medical School, University of Turin.