Genomics of Cancer and Targeted Therapies

In the past 15 years it has become clear that cancer has a genetic basis and that mutations affecting the coding sequences of specific genes are the hallmark of this disease. This knowledge has already had a dramatic impact in the clinical arena. First, many studies have demonstrated that tumors can be diagnosed and classified on the basis of their genetic profiles. Second, the pattern of genetic alterations present in individual cancers can, at least in part, be used to predict their clinical outcome. Third, the success of cancer drugs that were designed to target the molecular alterations underlying tumorigenesis has proven that somatic genetic alterations are legitimate targets for therapy. The completion of a reference human genome sequence now offers an unprecedented opportunity: the identification of all the genetic changes associated with a human cancer. 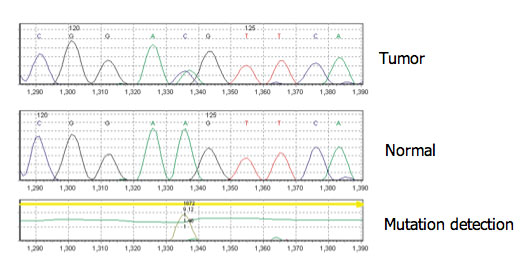 Figure 1. Identification of a somatic mutation in colorectal cancer

Our group has developed post-genomic technologies to perform the mutational profiling of entire gene families (Figure 1). This approach was initially applied to identify molecular alterations in genes involved in signal transduction such as kinases and phosphatases, in a number of cancer genomes. We are presently translating the results of these studies to basic and clinical oncology using two major strategic avenues:

Figure 2. Amplification of the EGFR gene (A) and overexpression of the corresponding protein (B) in metastatic colorectal cancer.

The potential of the first approach is exemplified by the identification of the genetic lesions that predict the response to drugs targeting the EGF receptor, a well known tyrosine kinase. We recently discovered that in patients with metastatic colorectal cancer the response to monoclonal antibodies targeting the EGF receptor is positively associated with amplification of the EGFR gene and negatively correlated with the presence of KRAS/BRAF mutations (Figure 2). This observation represents the first paradigm for personalized targeted therapy of colorectal cancer based on a specific molecular alteration.

The second approach is based on a novel genetic strategy that we recently implemented to build cellular models recapitulating the cancer mutations found in human tumors. This strategy takes advantage of AAV-mediated homologous recombination to introduce cancer mutations in the genome of human somatic cells. Using this approach we have knocked-insome of the most common cancer alleles in non transformed human cells. The parental and derivative isogenic cells represent excellent models to dissect oncogenic signaling pathways and to evaluate anti-cancer drugs.

We believe that the combined and complementary mutational and functional profiling of cancer mutations will have an important impact on the diagnosis and therapy of cancer. 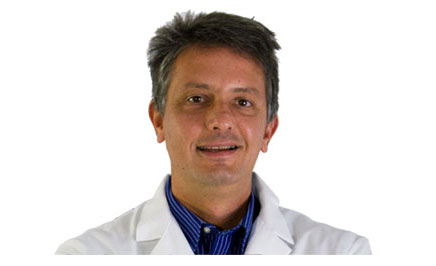