This research program stems from the long lasting experience of Giannino Del Sal in the field of cancer biology, particularly in the study of the wild-type p53/mutant p53 molecular networks, and from several breakthrough discoveries he made on these pathways. p53 is a tumour suppressor and it regulates almost every facet of cell behaviour. It provides a major barrier to neoplastic transformation and tumour progression by its unique abilities to act as an extremely sensitive collector of stress inputs, and to coordinate a complex framework of diverse effector pathways and processes, that protect cellular homeostasis and genome stability. Missense mutations in the TP53 gene are the most frequent alterations in human cancers. Tumor-associated p53 missense mutants (mutp53) radically subvert the nature of the p53 pathway, acting as driver oncogenes, which impact cancer progression, metastatic potential and drug resistance. Based on an extended network of interactions with transcription regulators, enzymes and other cellular proteins, mutant p53 actively reshape the tumour cell’s transcriptome and proteome, and subvert a number of crucial cellular pathways.

Giannino Del Sal has provided the field of p53 with many original contributions. He and his research group identified diverse signals triggering the establishment of the mutant p53 network in tumors and cancer progression. They discovered key nodes in the establishment of mutp53 oncogenic functions and new potential targets for cancer therapy. They found new mechanisms of mutant p53 regulation and stabilization in tumors, finding a link between altered tumor microenvironment mechanics and metabolism (a key hallmark of malignancy). Indeed, tumor metabolic rewiring is induced by the mutant p53 oncogenic pathway. In particular, the PI and others demonstrated that mutant p53 stimulates the mevalonate pathway, through which he also highlighted an unpredicted crosstalk between mutant p53 and other key players of malignancy, YAP/TAZ, supporting the notion that, rather than independent inputs, these two oncogenic pathways are intertwined molecular axes concurring to the malignant phenotype. Their findings of the last years and other evidence thus support a role of mutant p53 proteins in the development and progression of multiple tumors, based on their ability to sustain cancer cell survival and evolution by acting as factors that sense and protect the cancer cell from tumorigenesis-related stress inputs and phenotypes, including metabolic and mechanical inputs, DNA lesions, hypoxia and metabolic imbalance, as well as oxidative and proteotoxic stress. In this scenario, the PI also provided paradigmatic examples of how mutp53 activities may disclose unexplored opportunities for cancer therapy.

Specific aims of the research program

Although having been the object of extensive studies, by the PI and other cancer researchers worldwide, the p53 network – both wild-type and mutant – still retains relevant aspects that need elucidation, not only for its relevance per se, but as model to study how a oncosupressor/oncogenic signalling becomes subverted and the gamut of their crosstalk in cancer. On these premises, the University of Trieste where the PI is professor of applied biology and IFOM came together in the creation of a research unit benefitting of the long lasting experience of Del Sal and of the scientific eco-system provided by IFOM, in order to develop ground-breaking research and innovation actions in these fields. The program stemming from this synergy will pursue the following main directions.

This research unit uses a variety of study models and advanced technologies (e.g. high-content/high-throughput functional screening and other “omics”) to approach its scientific questions. As preclinical tools to study the processes and molecular determinants of tumor initiation and progression, 2D/3D cancer cells differentially engineered and gene edited, as well as tumor xenografts, and patient derived tumor organoids are employed, in addition to well established mouse and Drosophila melanogaster models to study mutp53 functions in vivo.
The unit has also access to formalin fixed human tumour archives and collections of fresh frozen samples with all the relevant clinical information, from breast cancer and other tumour types.

In the last years of research, the PI of this group has provided diverse paradigmatic examples of how the study of mutp53 activities may disclose unpredicted tumors vulnerabilities to be exploited in therapy design and novel opportunities for cancer treatment. The work of this group is expected to provide the scientific rationale for the design of more effective therapeutic strategies. 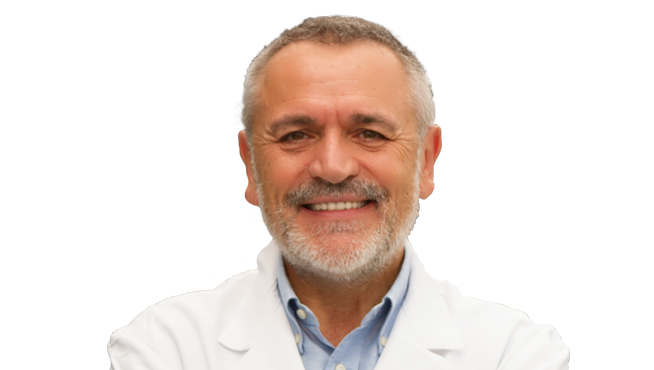