MD from Naples University Medical School, then two post-Docs at the Max Planck Institut fuer Biophysik (Frankfurt, Germany) and NIH (National Institute of Arthritis and Metabolic Diseases) Bethesda, MD (U.S.A.). In 1970 back in Italy at the CNR Research Center in the Naples University Medical School, then in 1980 Full Professor at the II Faculty of Medicine of the University of Naples. Subsequently, Professor at the University of Copenhagen, Denmark and finally in Milano since 1992. Is at IFOM since 2004, Director of research program Transcriptional Regulation in Development and Cancer. From 2007 to 2011 coordinates the Molecular Oncology PhD program of SEMM. In 2011 becomes Deputy Director for Science of IFOM. Has previously been Director of the International Institute of Genetics and Biophysics of CNR in Naples (1980-1983), of the Molecular and Cellular Biology Center in Copenhagen (Denmark), (1988- 1992), and of the Department of Cellular Biology and Functional Genomics (1998-2006) at DIBIT, Ospedale San Raffaele. In 1979 is elected member of EMBO, the prestigious European Molecular Biology Organization, and 1991-1993 of its Council. Since 1992 is a member of Academia Europaea. Has received national and international prizes and is Author of over 270 research articles in prestigious international Journals, including Nature and Cell. Has been a member of the Advisory Board of AIRC, Associazione Italiana per la Ricerca sul Cancro, and of the Board of EMBO Journal. 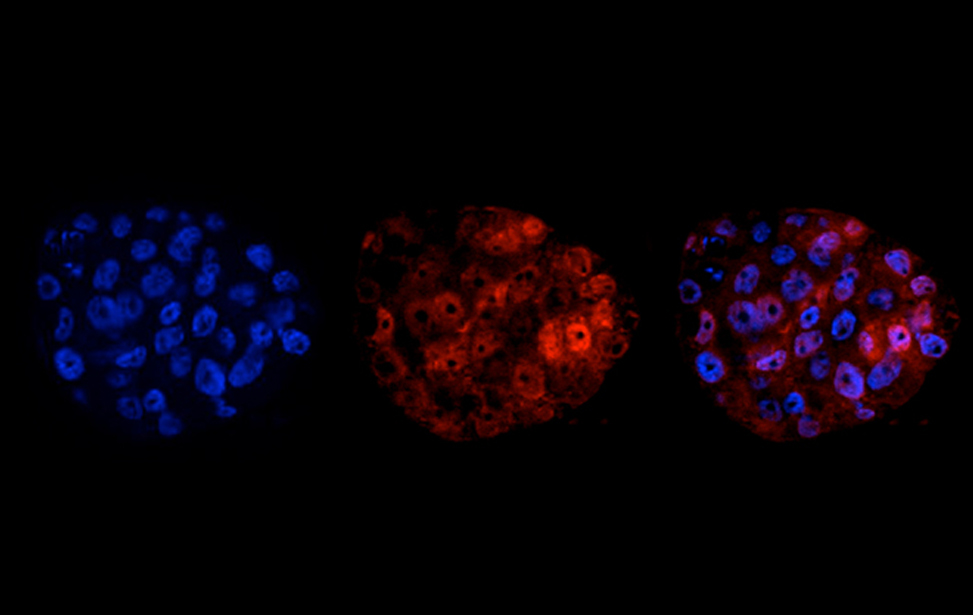 Prep1, Meis1 and Pbx homeobox proteins in embryonic development, oncogenesis, hematopoiesis and mammary gland.
Many developmentally important genes are also involved in tumorigenesis or its prevention. Prep1, Meis1 and Pbx are homeodomain transcription factors, essential in various steps of embryonic development and adult life. Prep1 and Meis1 dimerize with a Pbx protein, which allows their nuclear localization and DNA binding. Reduction of Prep1 expression (hypomorphic Prep1i mice) develop spontaneous tumors and Prep1 haploinsufficiency accelerates the insurgence of tumors, i.e. Prep1 acts as a tumor suppressor.
Prep1 hypomorphic embryos have a major deficiency in Hematopoietic Stem Cells (HSC) and we are now exploring the molecular basis and the function of Prep1. The key questions that are being asked is why are Prep1i HSC are rapidly exhausted, whether this is due to overproliferation of embryonic HSC, and the nature of the mediating target genes.
A minority of the Prep1i mice are born and live a normal length life but develop tumors in late life. This suggests a tumor suppression function for Prep1. Indeed, human cancers (n = 1200) display in a large percentage of cases in which Prep1 is not expressed in the tumor tissue, but present in the normal tissue.
In addition to developing tumors, adult Prep1i mice display a deficient phenotype also in the development of the mammary gland which appears to be due to deficiencies in mammary stem cells functions. Work is in progress to identify the molecular basis of this phenotype.
Unlike Prep1-hypomorphic, Prep1-null embryos die before gastrulation because the epiblast cells go into p53-dependent apoptosis. The absence of Atm worsens the phenotype. Therefore the phenotype is possibly caused by accumulation of DNA damage. Indeed, down regulation of Prep1 rapidly causes DNA damage accumulation and bypass of oncogene-induced senescence, which hence appear to be the cause of the insurgence of tumors. This interest is being pursued in both mice (crosses with mice Ko for important signaling pathways) as well as in cells, HSC, embryonic fibroblasts and Embryonic Stem cells (ES).
Meis1 is a Prep1 family member that, like Prep1, binds Pbx forming a DNA-binding complex and shares with Prep1 homologous domains, including the DNA-binding and the Pbx-interacting domains. Importantly, Meis1 is an oncogene, i.e. has a function opposite to Prep1. Interestingly, both Meis1-null and Prep1 hypomorphic embryos have a very similar phenotype, in particular hematopoietic stem cells (HSC) deficiency. However, double heterozygous Prep1-Meis1 mice are perfectly normal, indicating that despite, their phenotype similarity, Prep1 and Meis1 affect different, but essential, pathways in HSCs.
Moreover, we are analyzing the functional difference between Prep1 and Meis1 in mouse development and in two tumorigenesis models, MEFs and embryonic hematopoietic cells. Since Meis1 and Prep1 do not interact genetically, ChIPseq? and RNAseq analysis is being performed to identify specific and common Prep1 and Meis1 target genes, as well as to determine which genes are also regulated by an interacting Pbx proteins.
Finally, we are now analyzing the tridimensional structure of the Prep1-Pbx1-DNA structure using biochemical and biophysical methods with the aim of understanding the specific structure not only of the DNA-binding complexes, but also of the novel Prep-Pbx interaction domain.